Given how I practically didn’t swing my leg over a bicycle during the year that’s coming to an end it’s best to start planning the next one. And put the plans somewhere potentially public, if it were to put a tiny amount of pressure on whatever it is that gets to decide if it’s a do or a don’t.

And in order to make plans that resemble something that’s actionable, I’m not wandering too far off, on the map that is. In fact, I’m staying very close by.

In a mountain area nearby there are a number of reservoirs for hydro power plants. Coming to think of it I haven’t seen much of the station buildings, only the dams and the wounds in the landscape which is what happens when you empty a pool of water during the winter, using the summer and autumn rain to fill it up again. If it fills up.

The reservoirs, unpleasant as they may be, do come with a bonus which is the service roads making the area accessible by bike. Furthermore, this particular area is gridded with hiking trails, should one be so inclined. The downside of these bonus roads, for cycle touring, is how most if not all of them are a dead end so if one rides up to a particular reservoir the only way back would be down the same road again.

That is, unless one is willing to experiment a little.

Many of these roads are fairly close to one another, as little as 3 or 4 kilometers, often some 8 to 12km. But in order to connect the two one would have to make use of a hiking trail. Given how I am no trail rider, and would have a fairly heavy (and rigid) bike to maneuver, I have to assume that they’ll offer quite a bit of a challenge, although short ones.

Though the maps provide some info such as the height profile, they say nothing about how rideable the trails are. After all, they’re not made for that. Whether or not I’ll scrape the internet for every piece of info on the trails I can get my hands on, or just pick one and see what happens, hasn’t yet been decided. Worst case scenario and I’ll have to carry my bike the whole stretch.

We’ll see, here is one possibility..

A report has been drafted, to be published no later than august 31st.

Another someone on the internet.

Slowly but it won’t take long 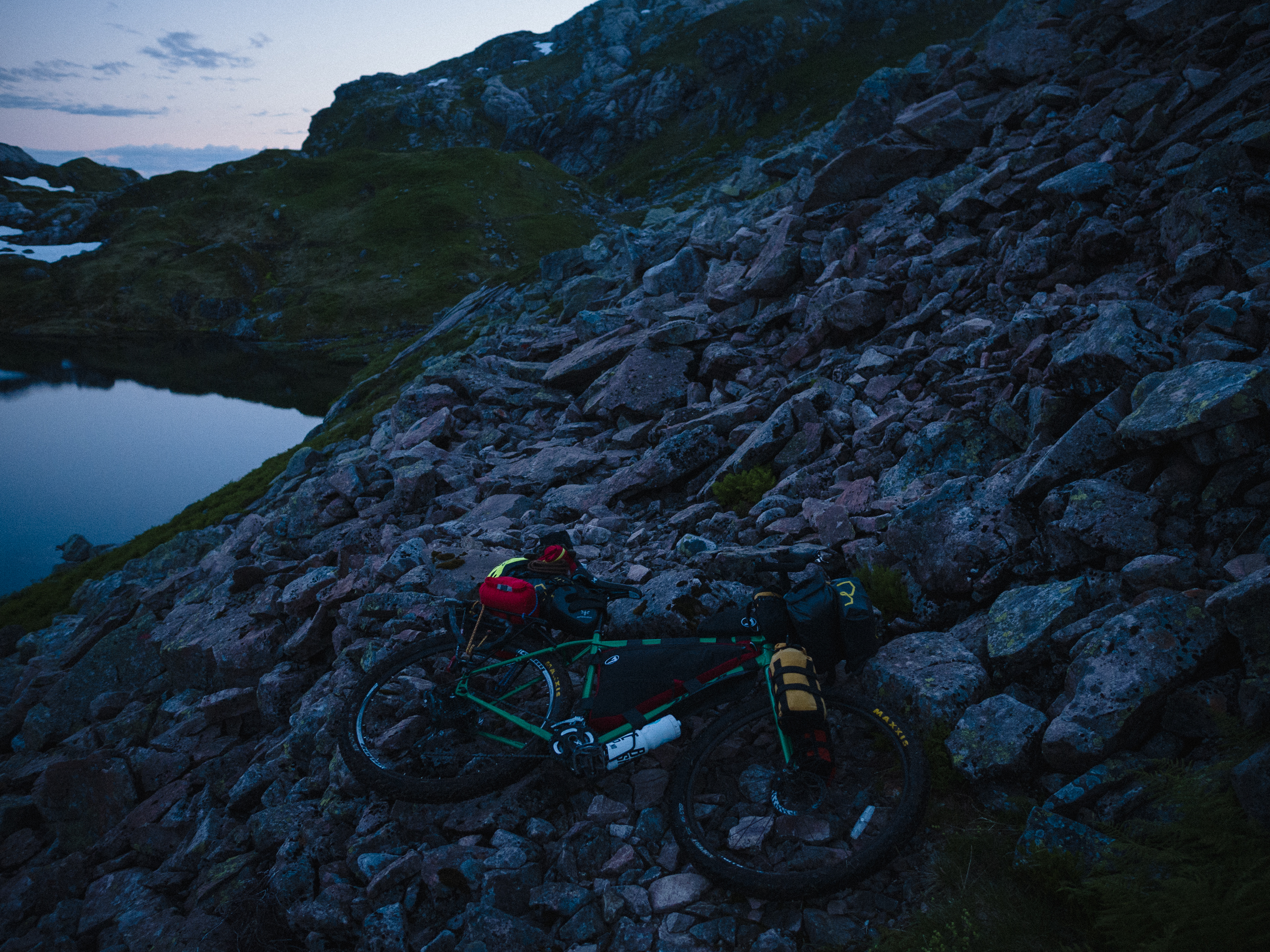