I spend many hours a day thinking about photography and I can’t say that I’ve come up with a lot of the answers, it seems like the more photographs the more questions pop up and I, I don’t know what I’m doing half of the time but I do feel compelled to keep at it .. 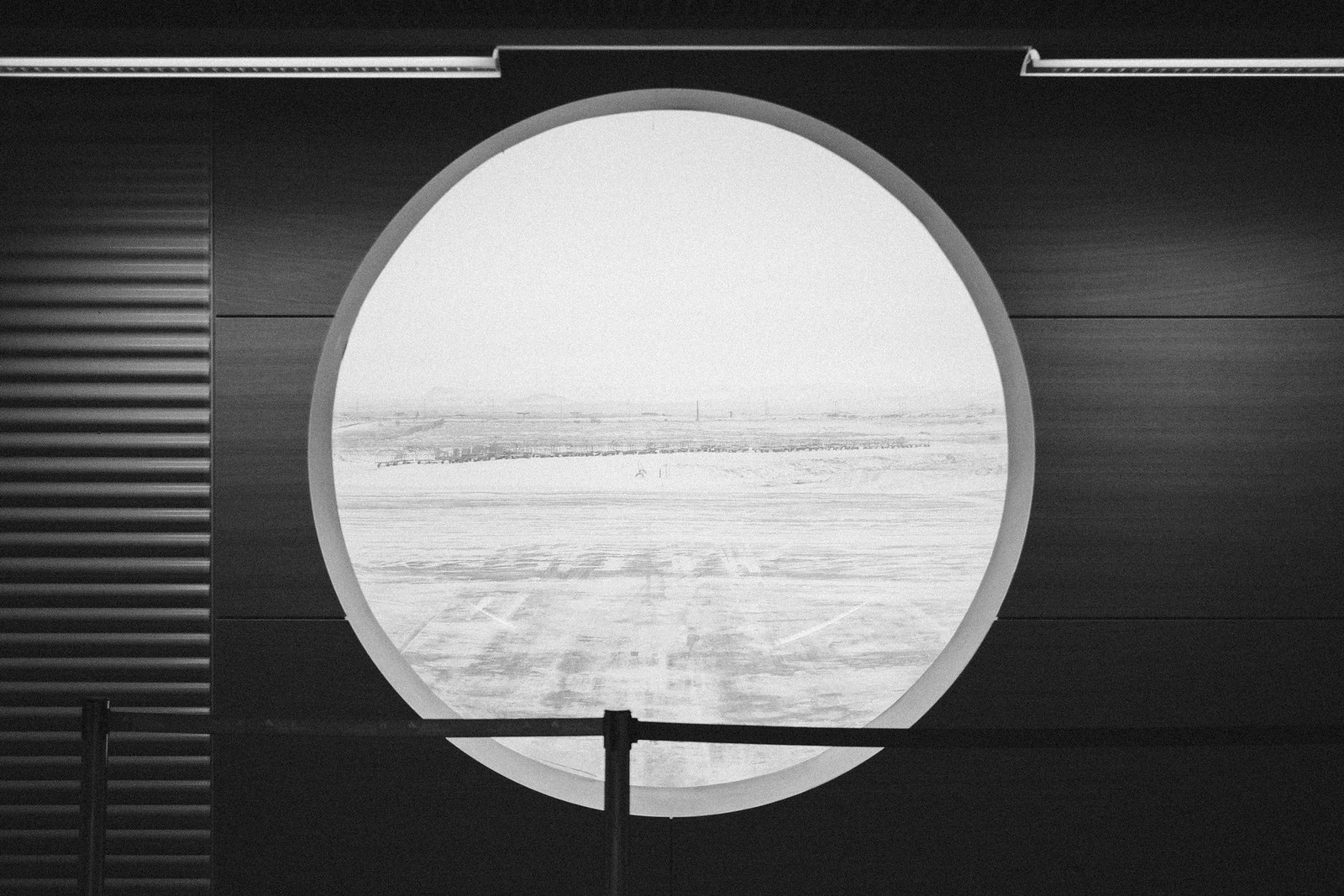 When having this group of photos and together they imply and implying can be just right but this time it isn’t and staring at them for long and less long it becomes obvious that the pieces aren’t falling anywhere near their intended spots but on youtube there are Guiliana and Mehldau to take the attention away, it wasn’t being helpful to begin with, at all, not at all. 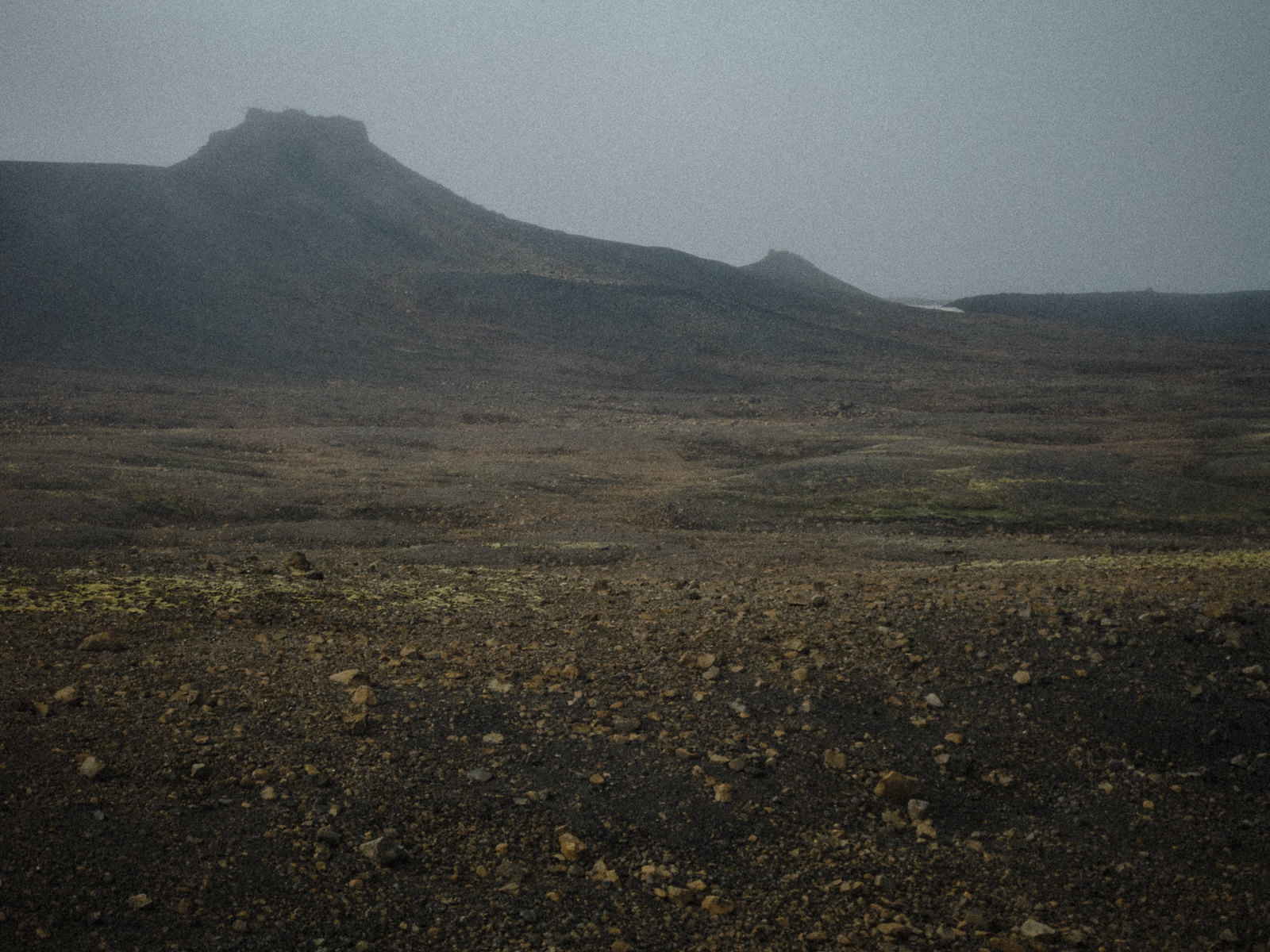 I wake up, slowly, it smells autumn. The temperature is low but the sleeping bag is up for the task, I’m not cold. Next to me there is a backpack, the back is ok to carry it, later. Outside the car, it’s the car I had many suns ago, but I won’t be driving it today. I make breakfast, coffee.

The ocean is to the right, the glacier to the left. Somewhere in between is the trail. Or trails, I’ve never been here before so I’m not sure yet.

The camera I put together from old pieces of junk is tested and packed. None of it appears to leaks light. I am hopeful to bring back many souvenirs. Never with me, always ahead.

I tie the shoes. Zip the tent. Start walking. That way. 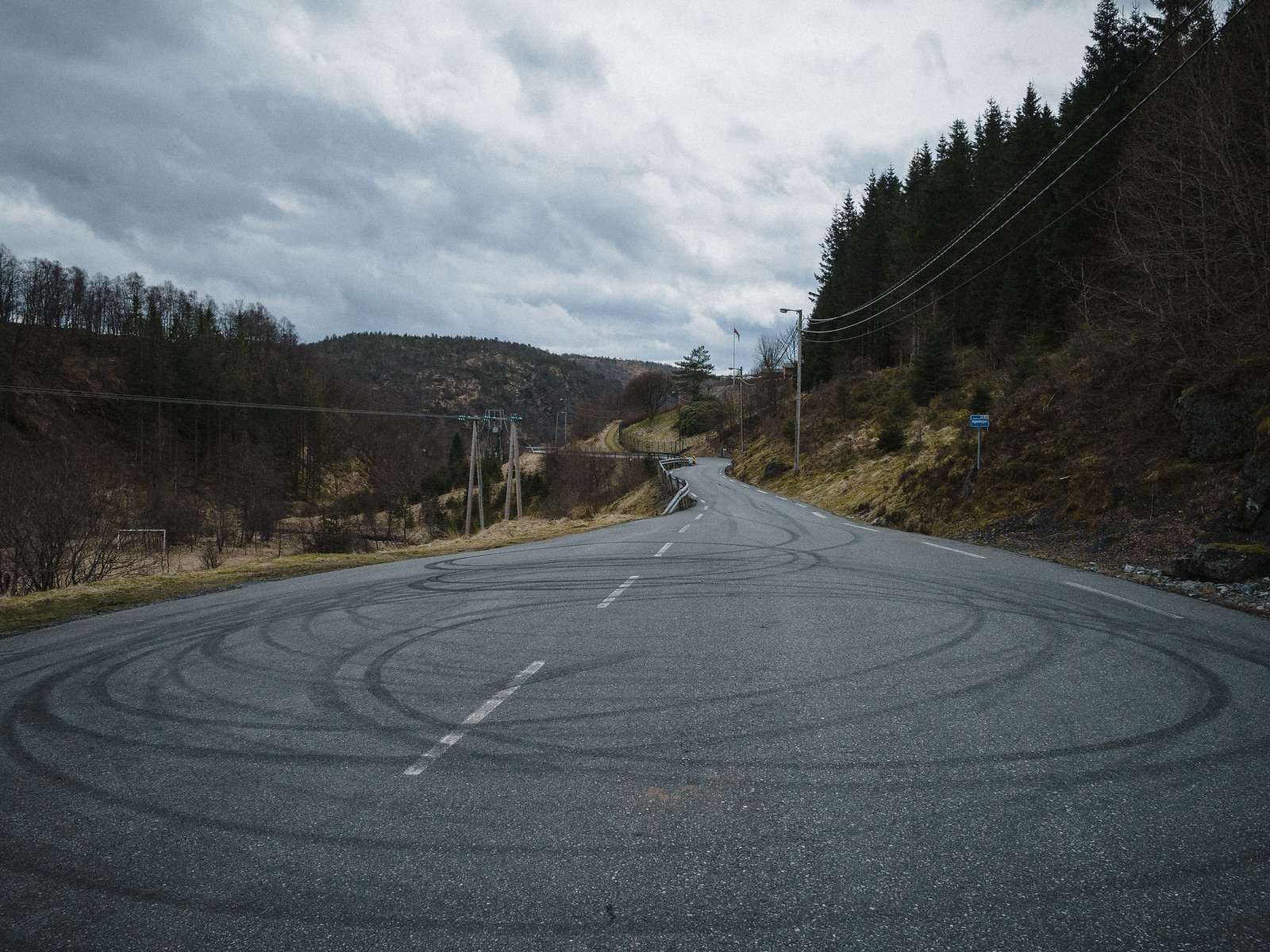 I started listening to Lyle Lovett because Rickie Lee Jones. And ended up listening not so much to Rickie Lee but all the more Lyle. It resonated, some of his music. He, too, did not have a boat, and nobody knew him like his baby, and he sat there in his Pontiac. 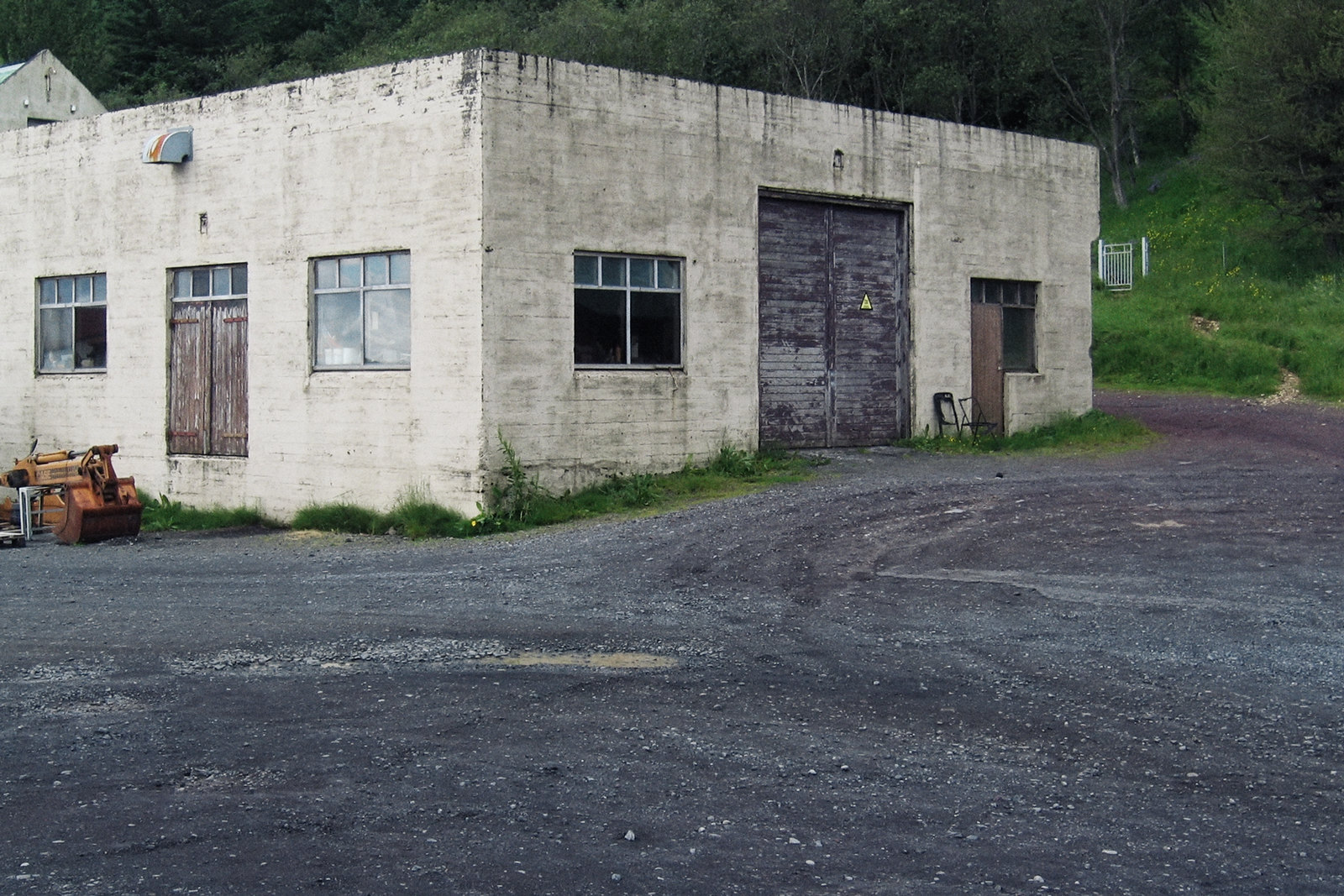 Actually, there isn’t anything to say, I just want to push an embarassing post further down the timeline. 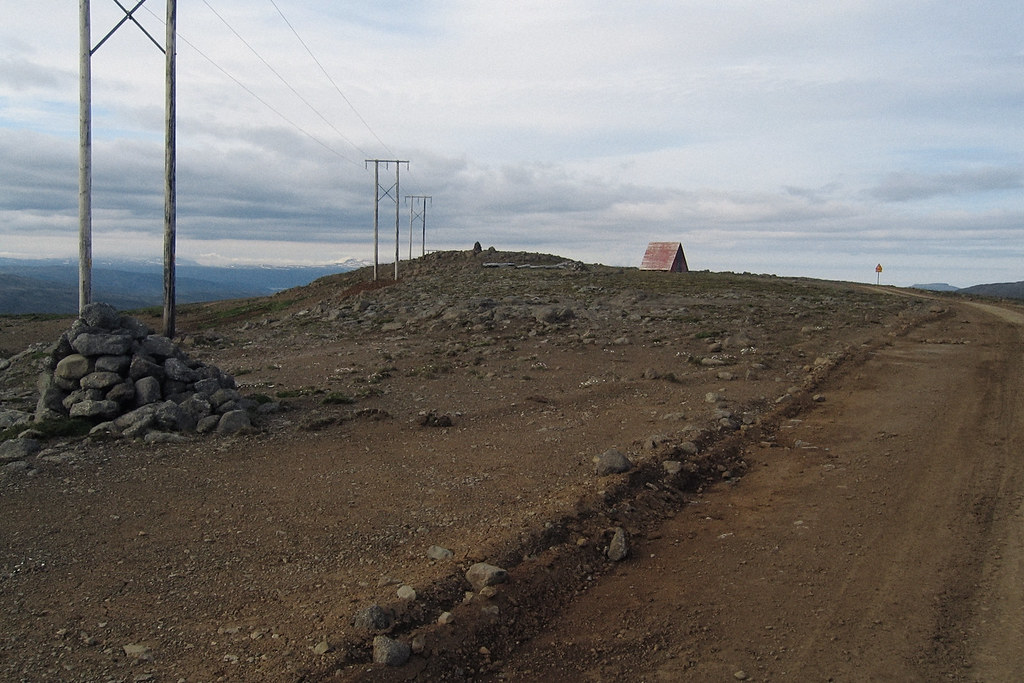 I think the road has since then been closed to traffic. Hope I’m wrong, not that I know why.

They’re from here by the way. 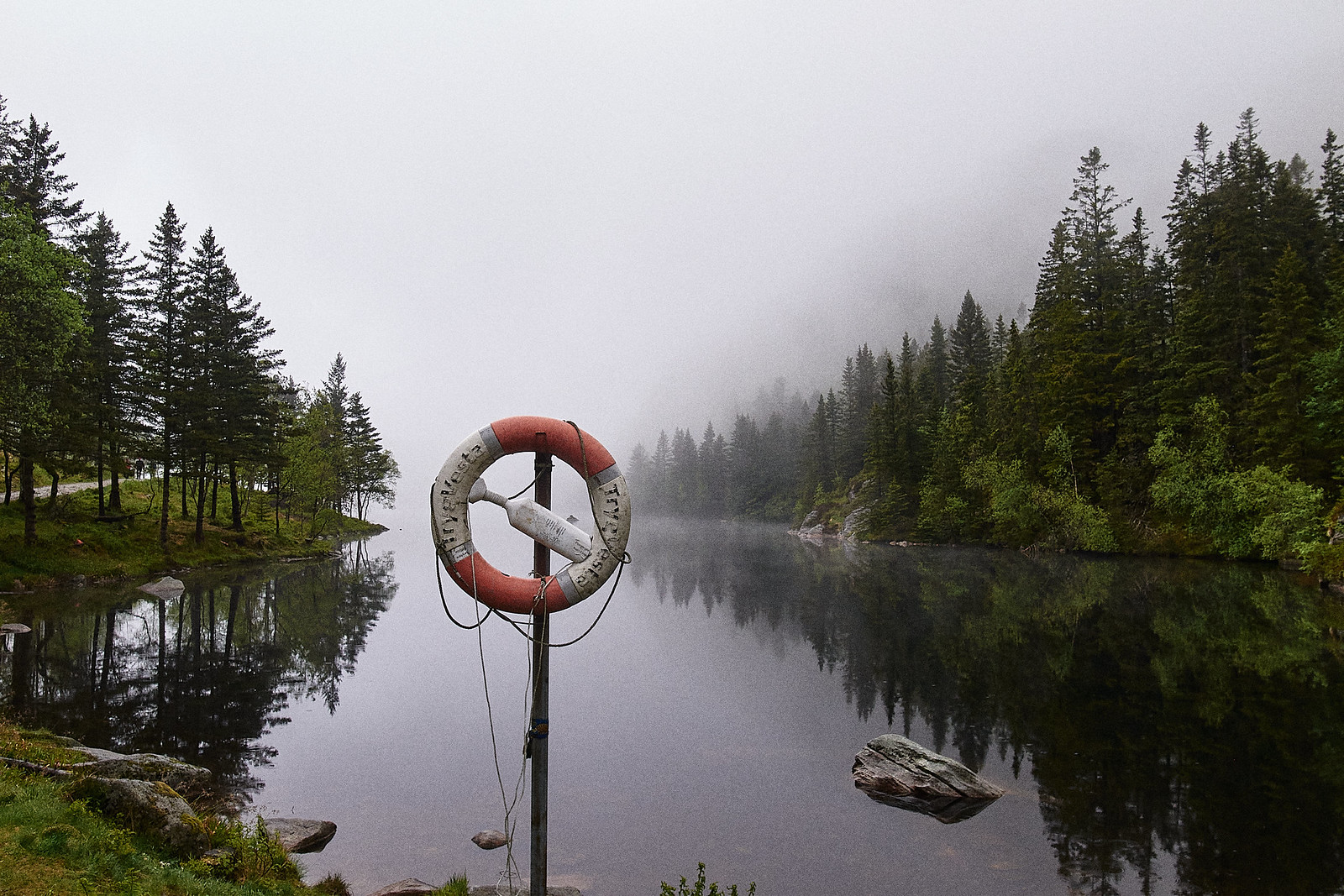 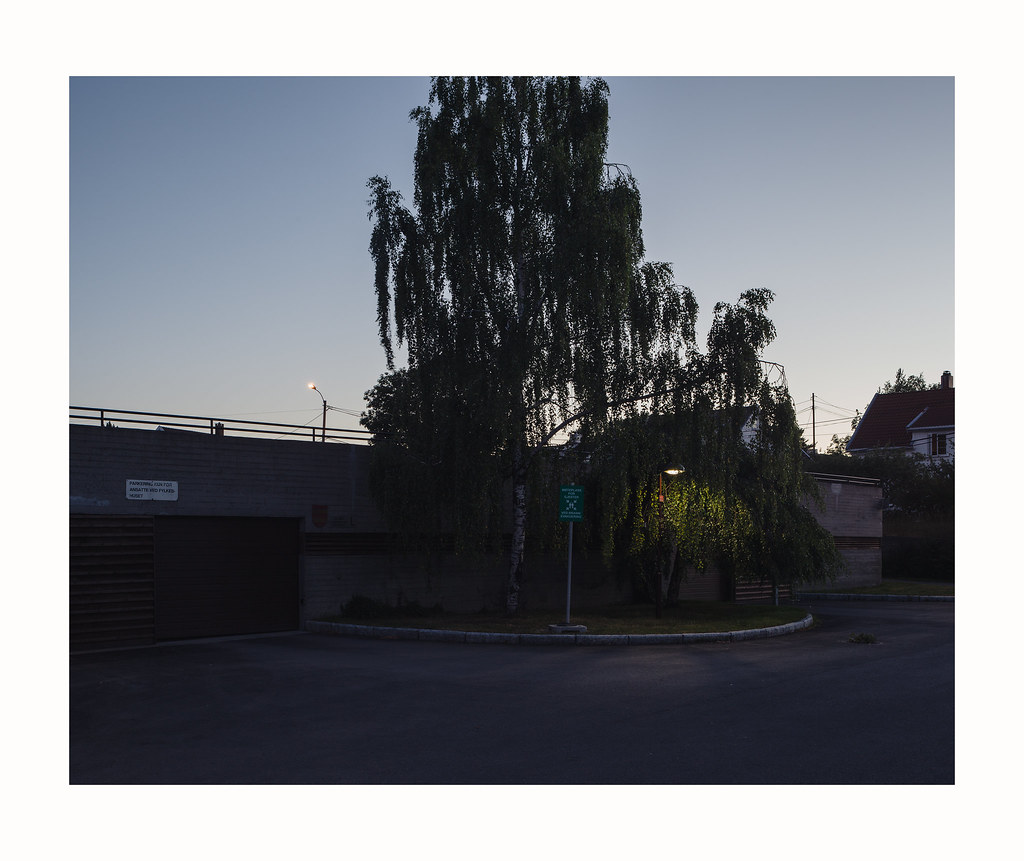 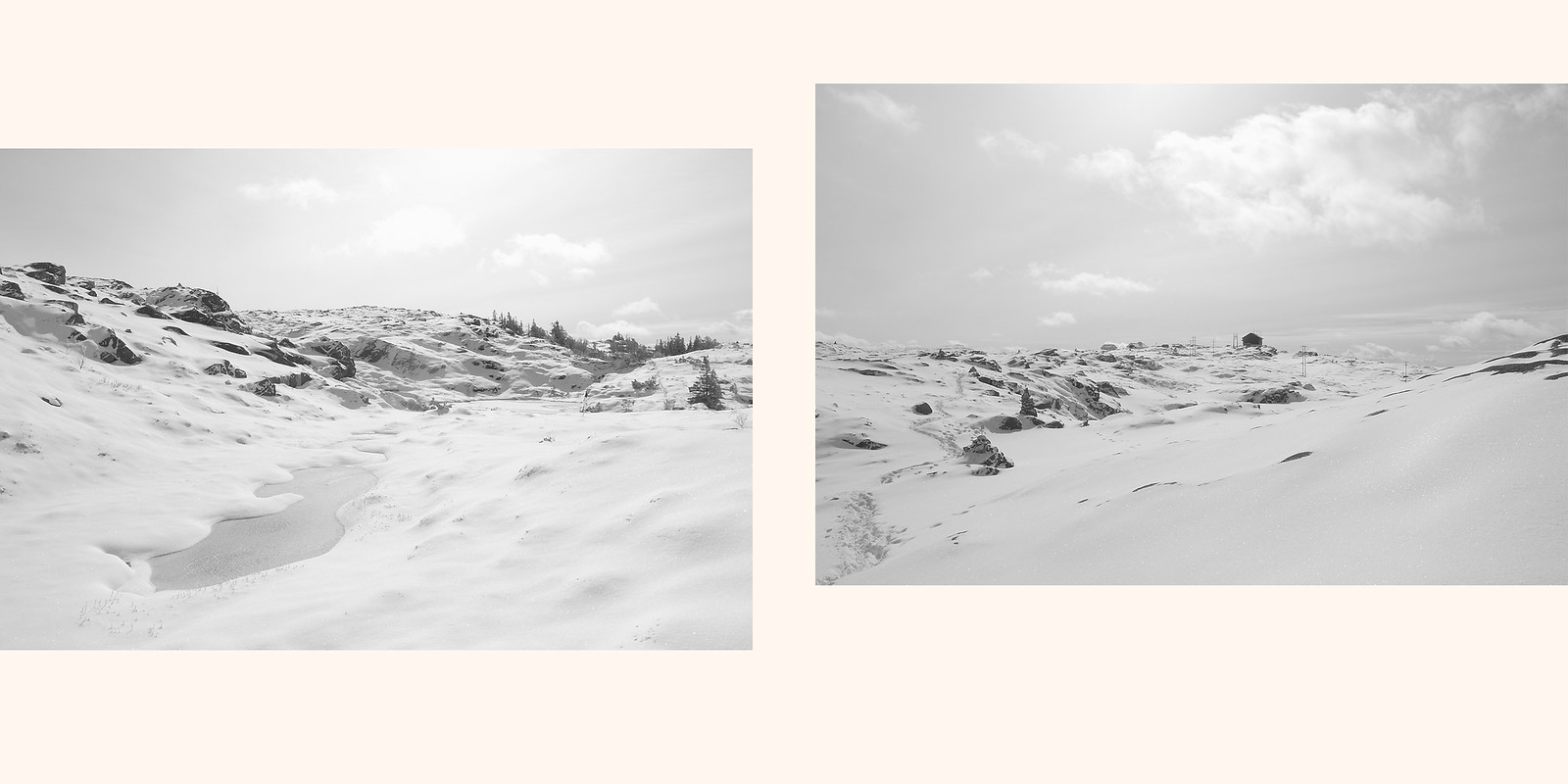 Want to find the photographic equivalent to saying something that has (obvious) components of wrongs or untruths and then twist it around to make a point. 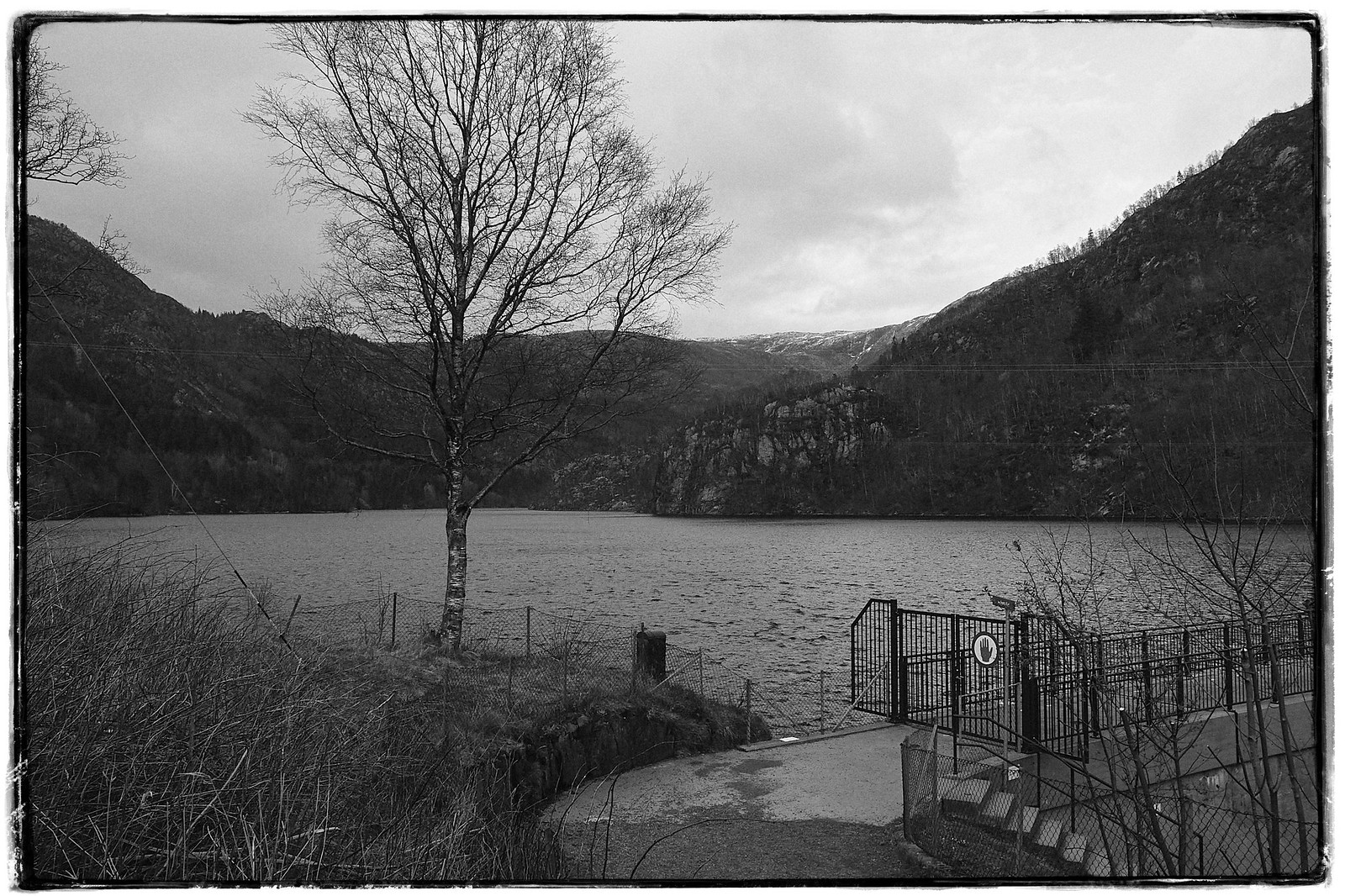 I’m in this valley twice a week, if not more. Normally wearing running shoes, sometimes accompanied by a borrowed dog. It has become a place of significance. So has dog, significant. 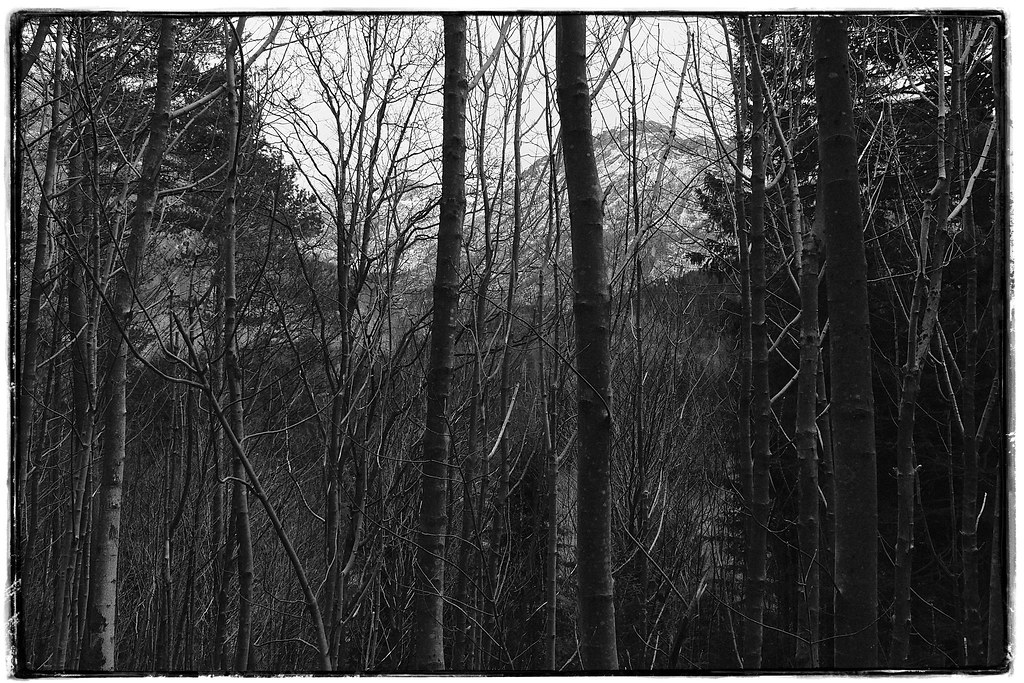 It is possible to photograph the valley from above, covering a good part of it in one frame but that’s at a distance, an overview, and somehow disconnected from the place itself.

(Which reminds me that I photograph too much from above, looking outwards, disconnected from the subject.) 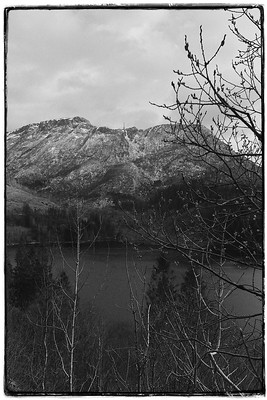 Two photographs would be better—than only one—but two isn’t a good number of photographs, unless they’re a diptych but that’s more like one made from two so ..

Three are alright, five are even better, seven may be just a little too much and eleven most certainly is, it’s not as if this is a very long valley.

Oh, I forgot to mention that they have to be a prime number. Must place the OCD somewhere.

But what if they are ten to begin with, the photographs, and one of them excuses itself fairly easily but then the rest competes for the remaining slots? Fight for them. Nine photos, two too many—if not four—and none of them is about to leave voluntarily.

Also forgot to mention that three of the nine are verticals. Are verticals ok by the way? Or just troublemakers? 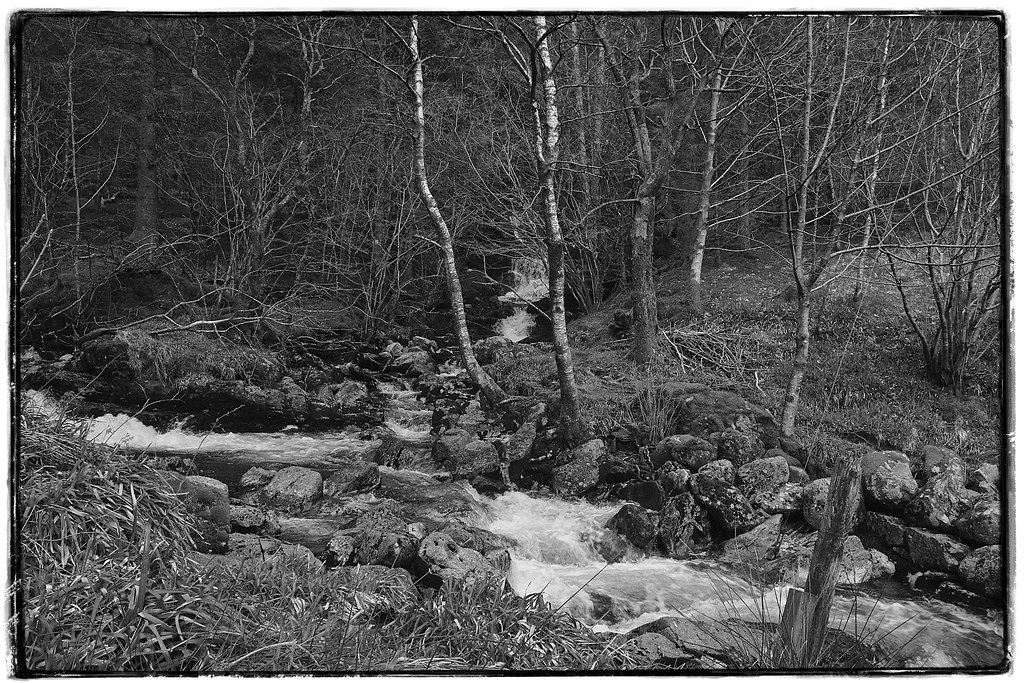 It probably would be easiest to simply toss the verticals, then toss one more, end up with five and move on. Forget about this set of photos and how it occupied an insignificant amount of time in april 2020.

But what if one of the verticals really has the essence of the place? One of seven is—yes what is that? Too symmetrical, or not symmetrical enough? 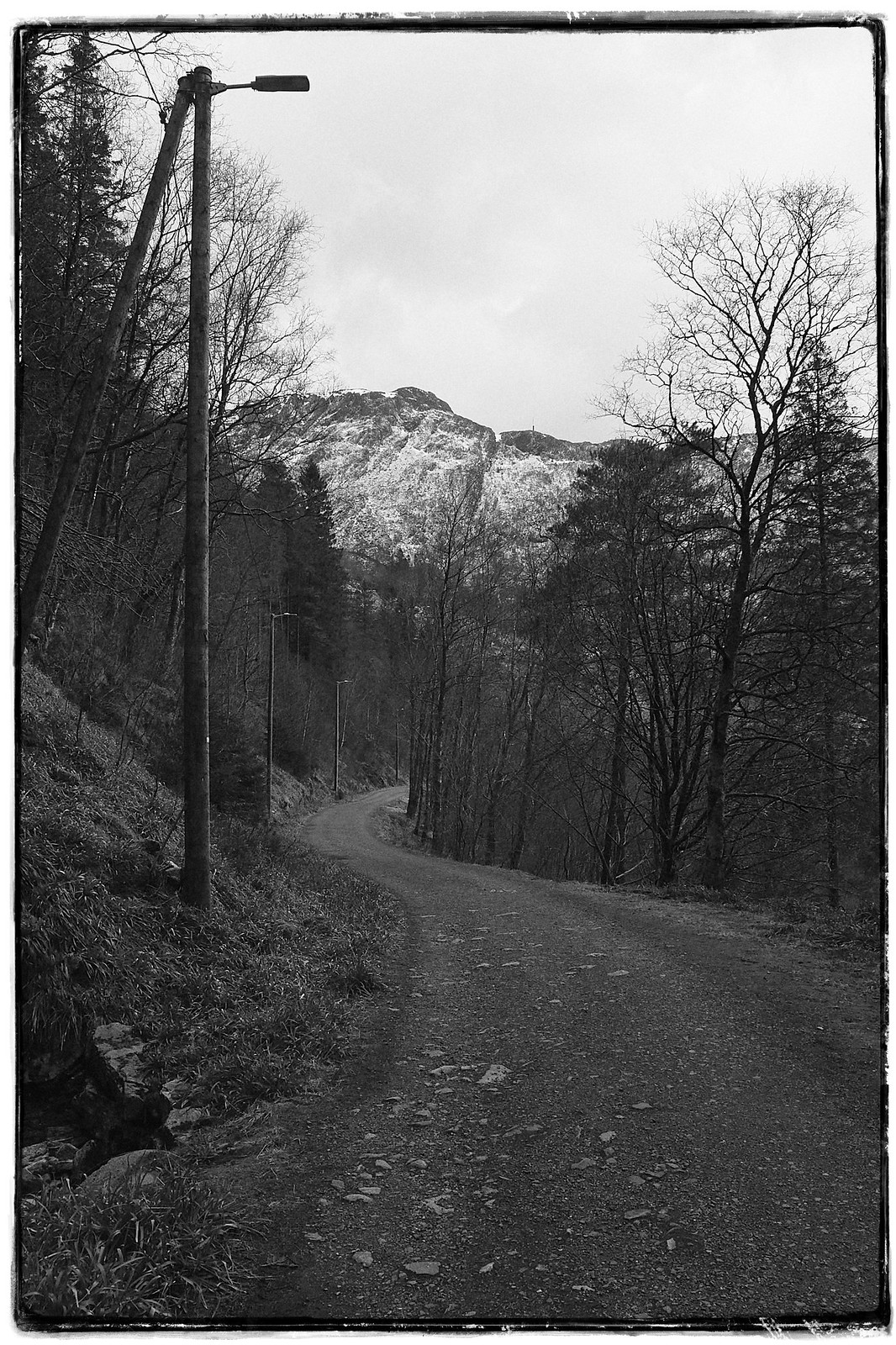 And what’s with the cheesy frames?

Yes, the frames. I sometimes miss my prints since a previous lifetime, now is one of those times. And now that I think of it, I also miss the tiny darkroom and the old Durst and the smell of fixer and where did I hang my films again?

The cheesy frames are a an attempt to imitate how my prints used to look in a previous life. Copied with only one mask in the negative carrier, leaving room for a black border around the photo. The attempt is not successful by the way, but the frames do remind me of this time long gone. 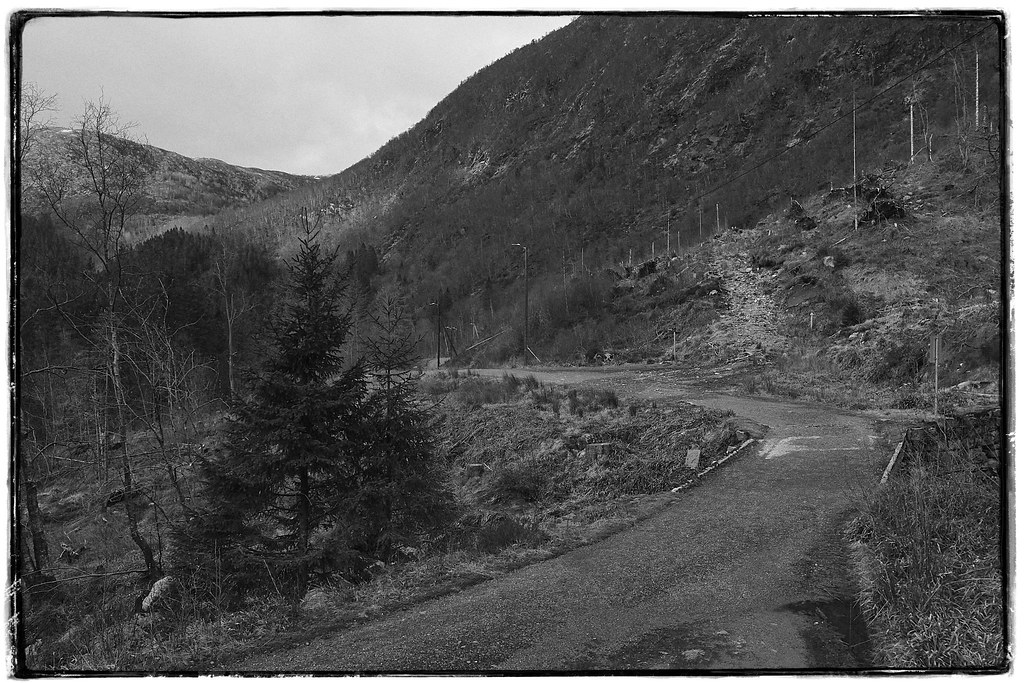 Then every other film was an HP5+, shot at ISO1600 and push–developed in one of the Ilfotecs, can’t remember which. Sometimes nice photos turned up on the contact sheets, it usually had more to do with light than anything else and I didn’t have a clue about light back then. Now I have something that resembles a clue about what makes light good and a much greater tolerance for when it’s bad. Sorry—dull, not bad. Except holes in the sky, which can under no circumstances be forgiven. 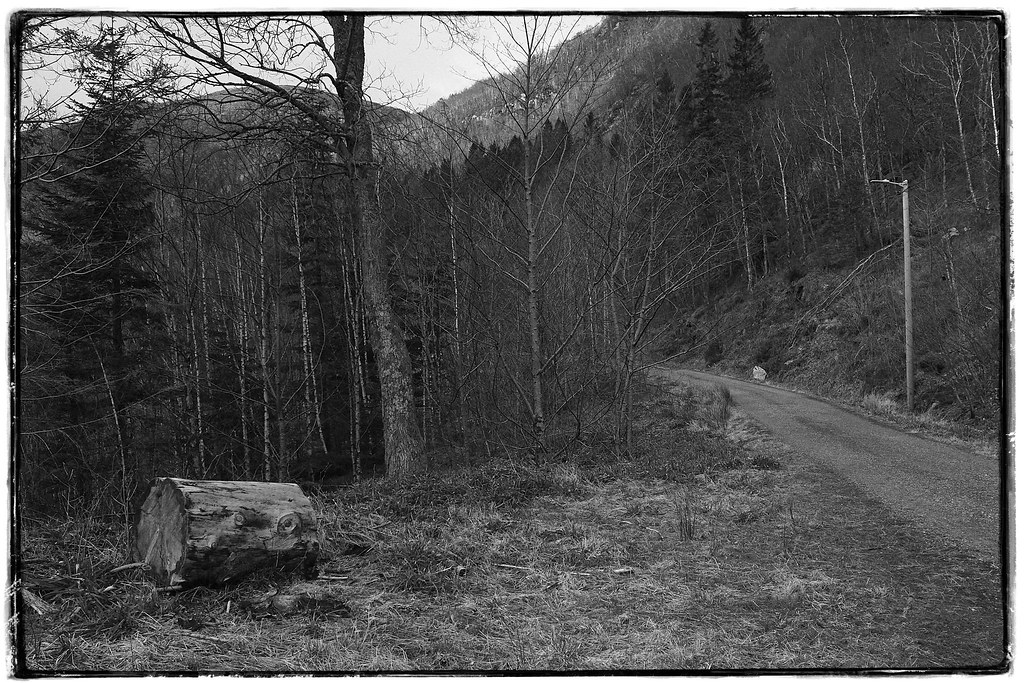 Now the HP5s have been replaced, mostly, by a tiny camera since many digital years ago. And the black border from the negative carrier is nowhere in sight, only its imitation. 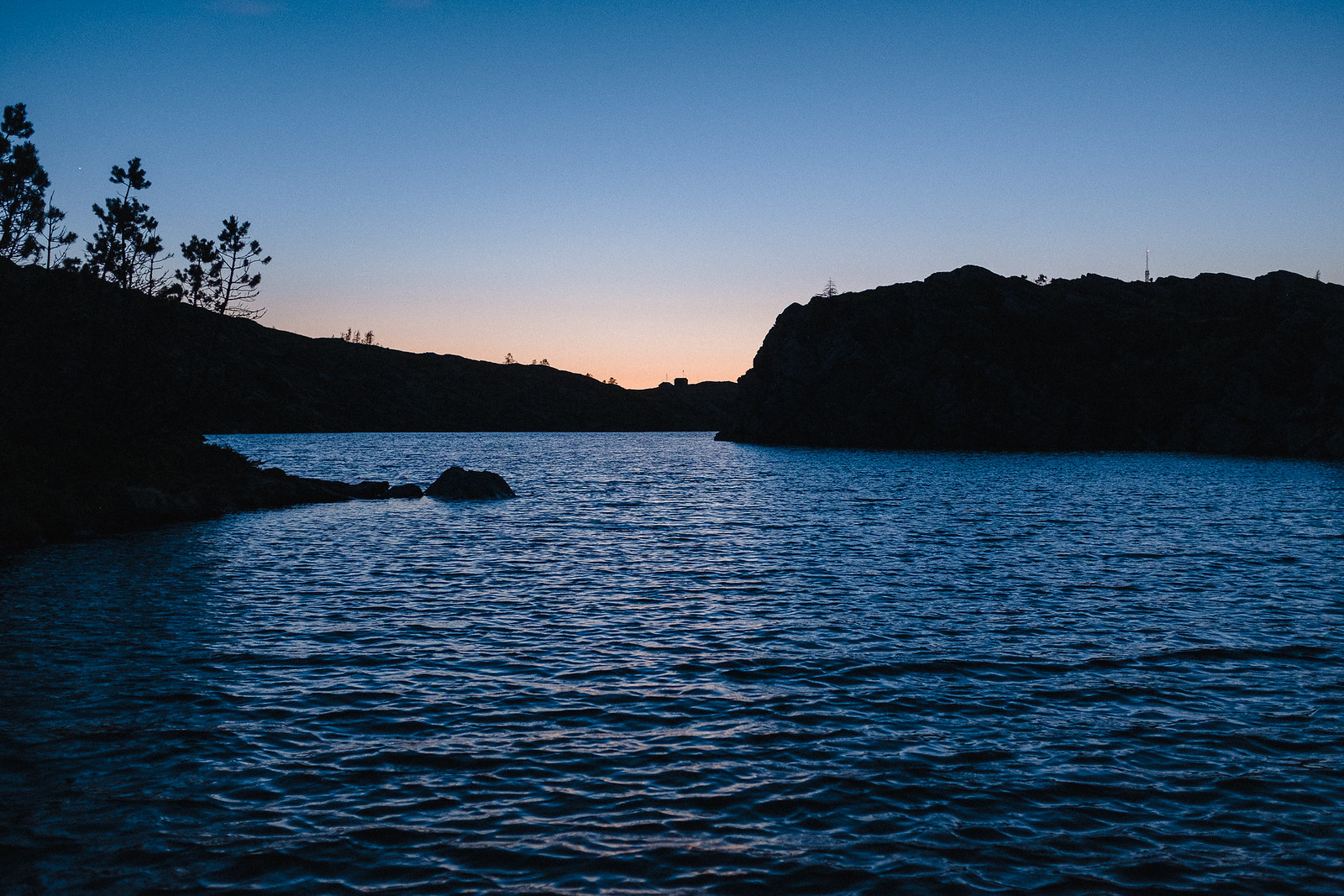 A photograph, since days weren't particularly strange, but a tad more colourful. +

And even stranger to have been stuck at home with something that resembles an old fashioned cold but these days, who knows?

At least I’m among the lucky ones with a computer and internet and some work that can be done.

Having been indoors for the last few days perhaps the days are stranger than I realize. The media perspective is only so accurate. Wonder how it all looks, I mean feels, when I get out again. Which will be soon, very soon, I hope. 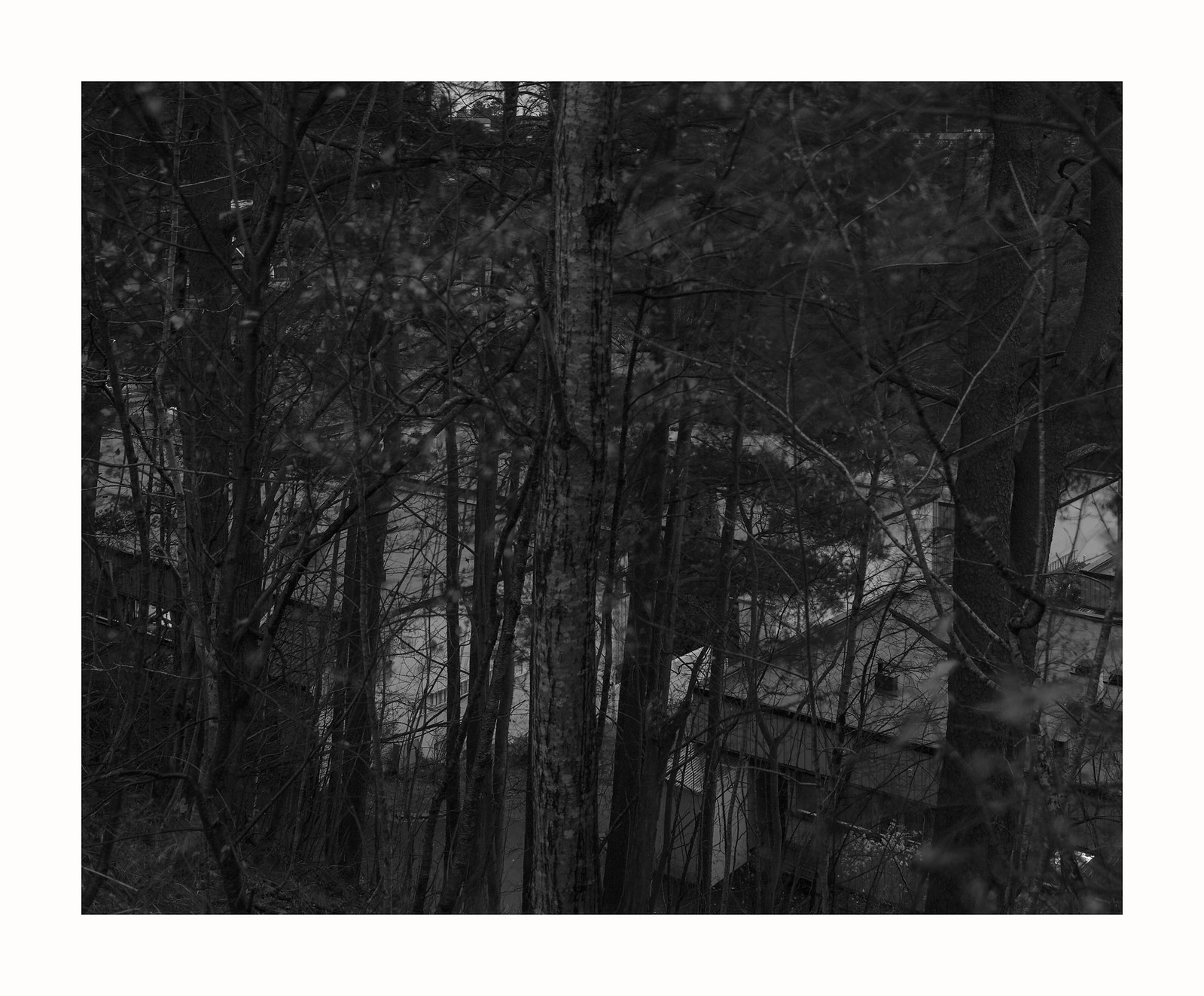 I have no idea how the image of the rooftops through the trees appears to others, who might have seen it, by coincidence or not. What it might evoke, if anything. How could I? I just know that it brings back memories of one of my least elegant periods to date. Miserable is no overstatement.

Some ok photographs happened though, during the misery, at least they feel right somehow. Almost as if they are tangible, carry a certain substance, something worthwhile, contrary to a lot of the images made since. A lot. In that sense I’m fond of it. Others too. Like the one overlooking the reservoir with the spruce trees in the background and the lone—what was it—birch? And a few more. 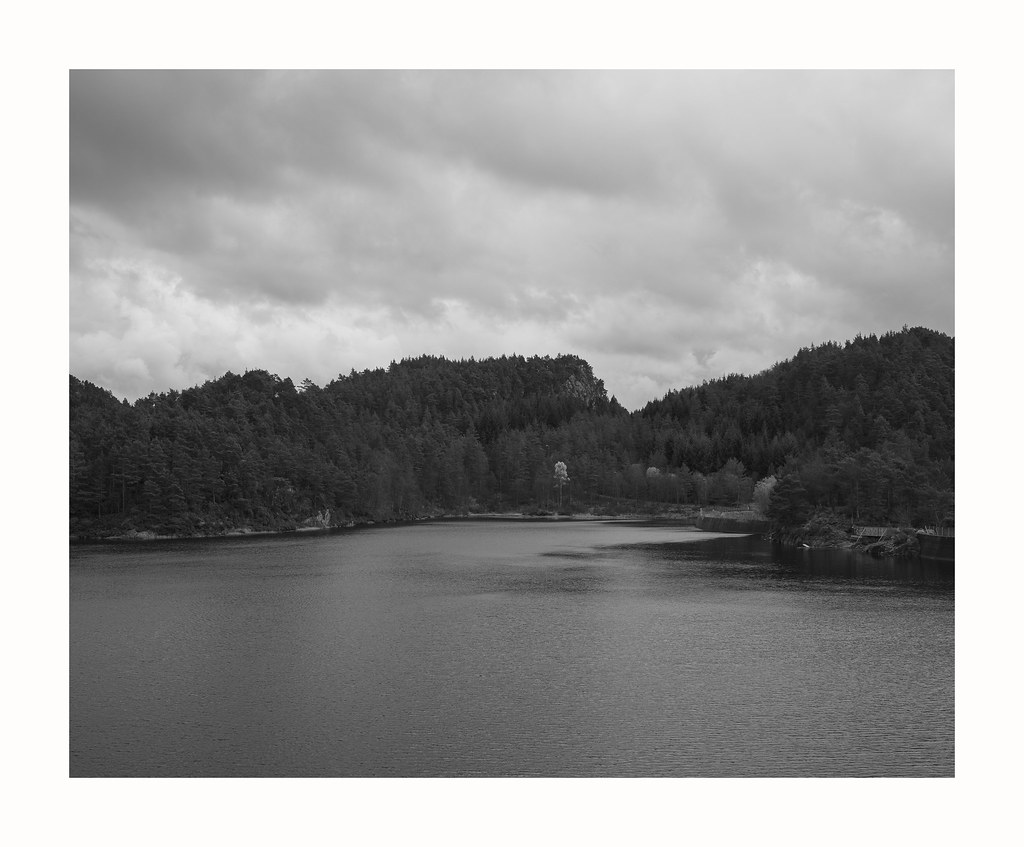 Then it’s interesting to note how the memory of where and when a particular image happened becomes a set of filters on top of it. How the image, a recording of a subject of certain shapes and colours, takes on the associations of the circumstances in which it happened. And time. How time makes it kind of blurry and far away without managing to completely wash it off, the set of filters, whatever they might consist of. And that’s ok. 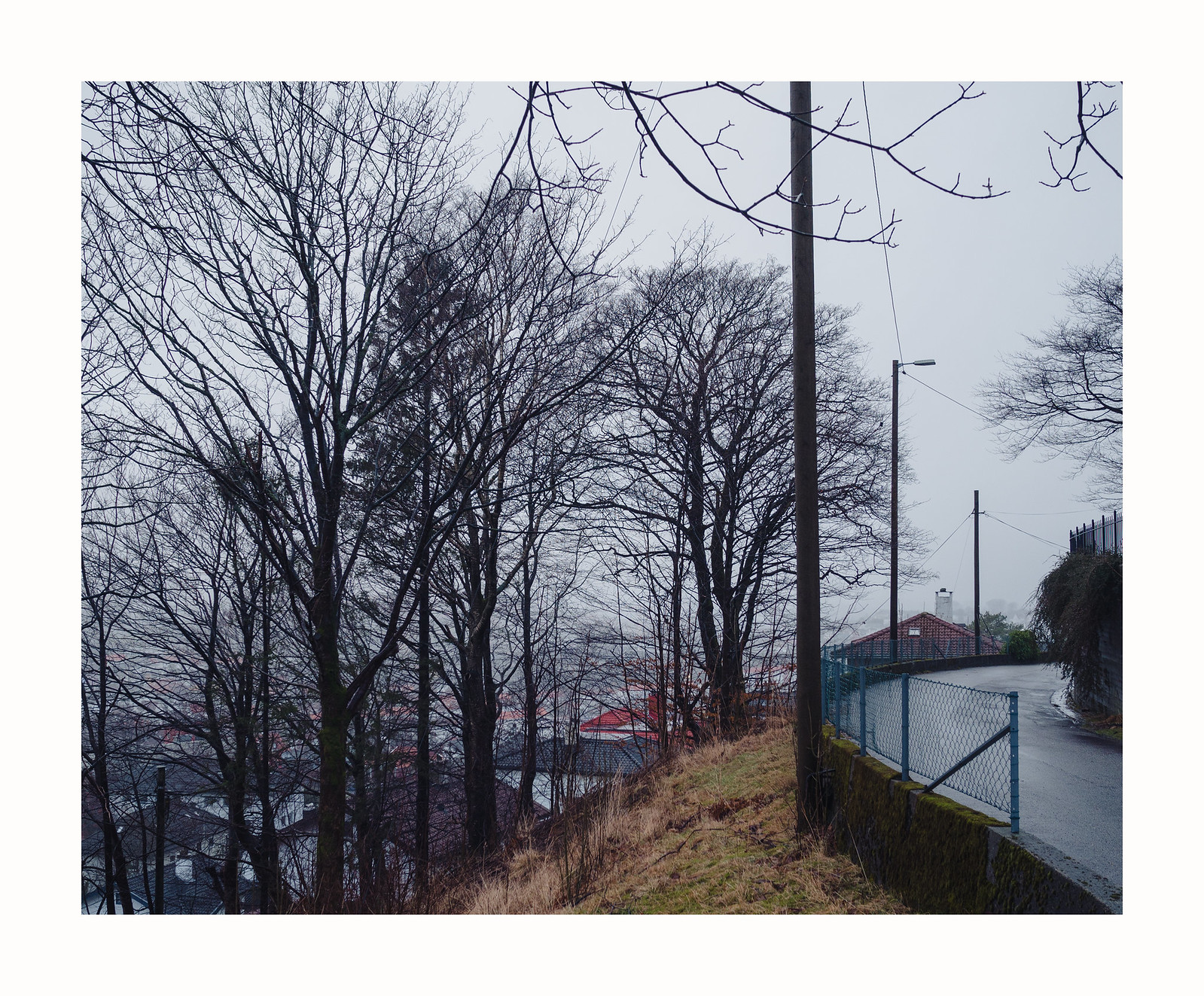 Observation: The 15mm Panny in a vertical position has a horizontal field of view not so unlike the 75mm on the Pentax, horizontally. Then, to imitate the comp while the film awaits processing, all I need to do is crop a 5×4 out of the vertical frame.

Why? Well, and this is a bad answer, the film hasn’t been processed.

As for metering light like this, it remains to be seen how the expired–for–more–than–a–decade–ago Astia takes it. 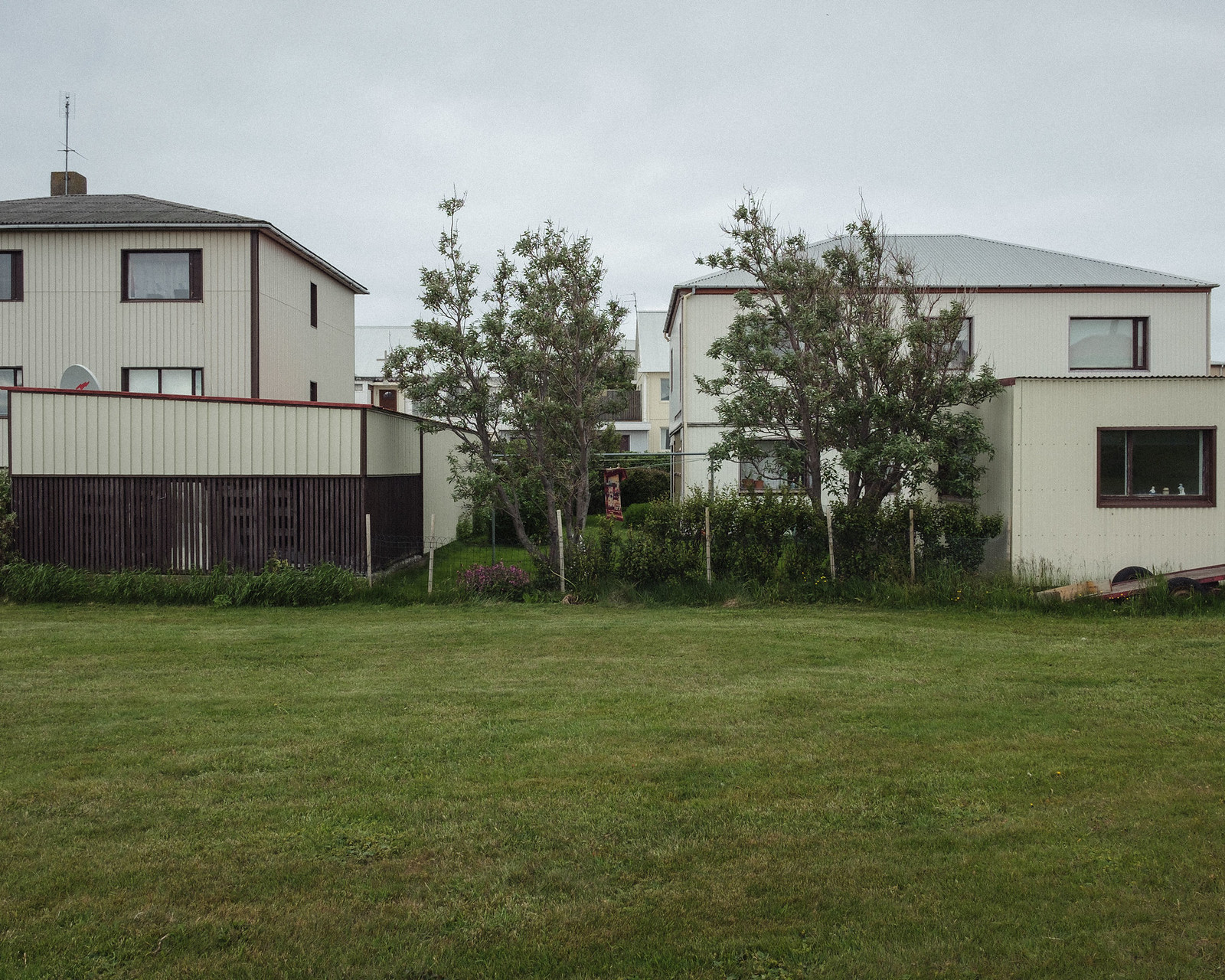 Two houses, a couple more in the background, some trees, grass, that sort. (Image source).

In 2015 my family and I visited Stykkishólmur. I took some photographs. They didn’t turn out any good but one way or the other the place stuck with me. During the time between now and then, the images have somehow confirmed what seems to be the core of my photography; to provide comments on this and that, perspectives, answers perhaps, to questions that didn’t get asked at the time, questions that hadn’t yet reached the surface and possibly never would have hadn’t it been for the photos and their commentaries.

The order here is a bit messed up, but that’s all right. As long as there is movement, some movement. 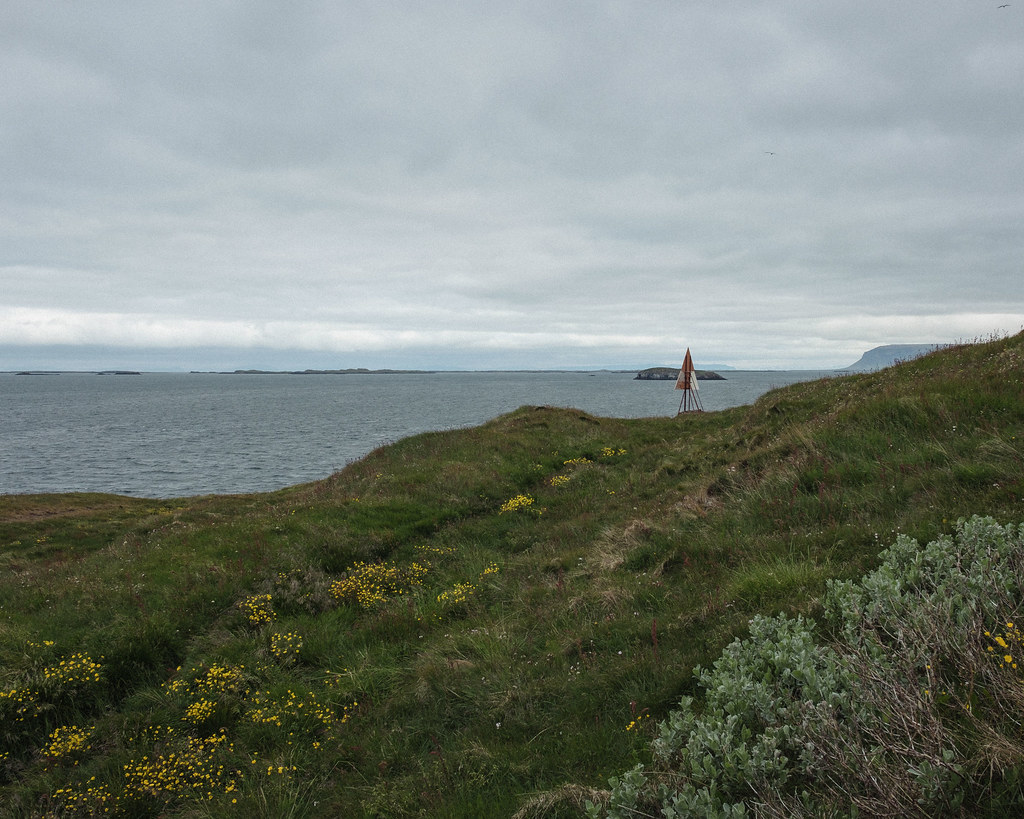 And Stykkishólmur. In a restless kind of way I wanted to love the place. Restless, not as in not genuine, but hollow. Either way, at the same time I was terrified to risk it, whatever it was, enough to suffocate whatever might have happened hadn’t it been for the fear of reaching for, or out, or.. 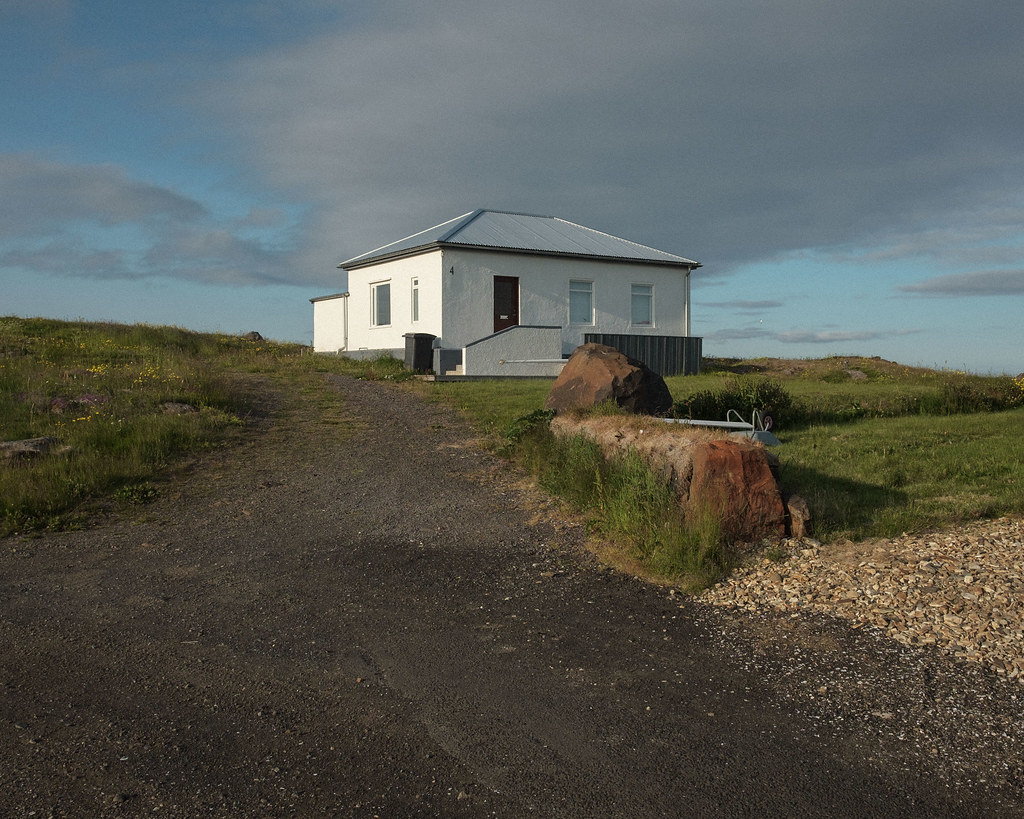 A house on a hill.

I do believe it is a lovely, lovable place though. For what it’s worth.

*Stykkishólmur is a village on the Snæfellsnes peninsula in West Iceland.